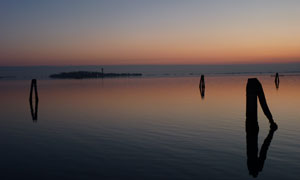 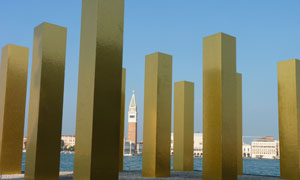 On Monday I did something I haven’t done for 30 years. Actually, if I’m quite frank, it’s probably more than that. I got on a horse. Not only did I get on a horse, I rode across misty countryside, scrambling up and down hillsides and sploshing through muddy fields for more than two hours.

Riding a horse, I’ve realised, is a bit like riding a bicycle. Even if you don’t do it for decades, if you’ve been good at it in the past (or, in my case, been more or less competent at it) you just know. How to do it I mean. I thought I’d panic and plunge the moment my mount went at more than a sedate walk, but I didn’t. Of course there are bits of me that have forgotten what it means to ride and now, a couple of days later, they are still making themselves felt rather painfully.

It’s a whole new point of view on our lovely landscape. Yesterday evening we had a drink with the visiting English son of a local long-time English resident. He was marvelling at the fact that second- and third-generation Italians in Bedford where he lives – people who speak no Italian and have rarely been in this country – will talk about their ‘home town’ (usually a location in the deep south of Italy, which their forebears left to reach the UK) as if they had spent most of their lives there.

I taught him the word campanilismo – literally, bell-tower-ism. Your whole life takes place, everything that is important to you is to be found, your world-view is formed within spitting distance of your local church bell-tower. In the final analysis, little else matters: it’s what’s immediately around that counts… even if you’ve never been there. The world gets smaller, but in many ways the distance from one Italian settlement to another remains the same. This very Italian facet seems even more reasonable when you’re moving from one tiny mist-shrouded hamlet to another on a horse. A few houses emerge from a fold of hills among the fields and the vapour, looking utterly self-absorbed and sufficient unto themselves. Separating them is countryside of quite inexpressible loveliness. The few cars – mostly three-wheeled 50cc Ape vans – that crossed our path (I was dragged out for this ride by Gigi, our friend and owner of our favourite wine bar, Il Saltapicchio) were oddly anachronistic. You found yourself wondering why on earth they’d want to leave their own little world. 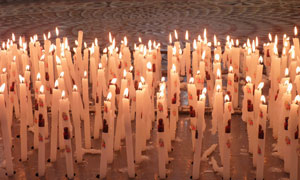 Going to Venice during Santa Maria della Salute celebrations seems to be becoming a bit of a tradition. And this year and last we found ourselves at (opposite) ends of the votive bridge – the pontoon crossing they put up across the Grande Canal from Santa Maria del Giglio to the Salute, more or less.

Last year it was the Gritti – very swish, especially after its recent restoration but really not me; this year it was the much more human-scale Ca’ Maria Adele – small, intimate, elegant, excellent staff, wonderful owners… really quite special in many ways. The only drawback this last weekend was its position right in the middle of the Salute bedlam but L got the worse of the tack-stalls and bell-ringing extravaganza when he arrived on Thursday, 24 hours before me.

The city felt fuller this year, of Venetians out and about and mainlanders over for the festivities. I felt this. And so did Maria Grazia (Mary) Rosin, a local glass artist whom L had interviewed and who happened to be in the Cantinone when we went there for a drink on Friday night. She was pretty scathing about what she saw as the city’s attempts to alienate Venetians from their own traditions while favouring tourists (she cited the Redentore and a ban on happy-holiday families feasting in boats licensed for transport only). But she too thought that the Salute was more heart-felt this year. Good.

There were tourists too, a-plenty. I sometimes wonder whether perhaps I’m shooting myself in the foot constantly writing that people should venture away from beaten tracks. It would be nice to think that these are the ‘right’ visitors: the ones who aren’t hit-and-run, the ones who appreciate Venice’s subtleties. But you can be pretty sure that anywhere central, even away from the obvious sights, you’ll find some ghastly rubbish shop with a gaggle of people in front of it debating which made-in-Taiwan horrors they’re going to take home as a souvenir.

The exception to this is Giudecca, where C is now living and where I spent quite a bit of time this trip. It’s so full of real people: they pile off the vaporetto chatting, and scream (the small ones that is) around the alleys in packs and on bikes. Outside C’s bedroom window is a row of little terraced houses with gardens: one has a resident duck (one garden, not one house); on the other side is a park with swings and slides and endless, tranquil, soothing view over the wild southern lagoon. 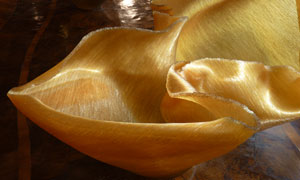 We saw a lot of glass.

We saw the creations of American glass artist Toots Zynsky in Palazzo Loredan in campo Santo Stefano. Palazzo Loredan was new to me: some immaculate wedding-cake-icing stucchi, glorious wooden bookshelves in the library and rather a wonderful neo-classical mirror-lined room. And Zynsky’s work, exhibited here by Caterina Tognon, was quite extraordinary: it seemed almost alive in its folds and contortions. There were vases and bowls but what these pieces were was very secondary to how they were.

Unlike Tomaso Buzzi’s pieces for Venini which were on show at the Stanze del Vetro on San Giorgio. I hadn’t been there before despite their invites arriving regularly in my inbox. The spaces are very pleasant and – full of light – just perfect for glass. Buzzi designed some lovely pieces – and some which skated rather too dangerously close to something that might be gathering dust at Grandma’s. Though I’m sure he thought he was making glass-art, most of the things looked to me as though there were expressly designed to contain the least natural of hot-house flowers.

Perhaps more rewarding was the rather fine glass tea house in the middle of a pond outside, by Japanese artist Hiroshi Sugimoto. The serenity of the scene was disturbed somewhat by L’s dropping his new iPhone 5 into the pond. (It still works, after a fashion.) But the hard-permeable fences of birch brooms and the dividing walls of some yellow-grey wood which managed to be rough-hewn and marvellously smooth at the same time were rewarding. 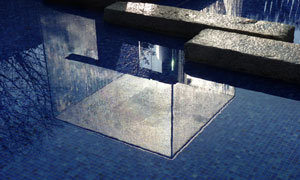 The house reeks of medlar. It’s heady and rich and alcoholic-smelling. I love it. The medlars never (touch wood) let me down. Perhaps it’s because the Mespilus germanicus has been largely forgotten for centuries – left to it own devices, not messed about with and allowed to get on with things, with no human attempts in improvement. So whatever the season is like, whatever treatment it’s given, however well or otherwise it’s looked after, it just continues to produce copious quantities of fruit. And just as well it does.

This year I have had so little in the way of jam-able fruit. The damsons all rotted and fell away over one weekend when we weren’t around; the crab apples exploded in a rather rotting fashion; there were about two apricots; the plums… well they have never ever produced much of anything anyway. The quinces, I have to admit, weren’t numerous but they were productive. No, the medlars are definitely the champions and I’m now on to my second huge batch of jam. Just as well as they make the best jam of all.

I am a garden and landscape designer, working throughout central Italy and beyond. I have lived in Italy for over 35 years – first in Rome but now in Città della Pieve, Umbria, where I have restored my country home and transformed a medieval townhouse into three rental suites. To relax, I tinker endlessly with two and a half hectares of land, some of which is my garden.
View all posts by Gardens, Food & Umbria →
This entry was posted in MUSINGS FROM UMBRIA and tagged campanilismo, horse riding in Umbria, Le Stanze del Vetro, medlar jam, Mespilus germanica, Toots Zynsky, Venice. Bookmark the permalink.